Frank Habineza and the Democratic Green Party of Rwanda under fire

I am sad to write, that our friends form the Greens in Rwanda, headed by Global Greens Coordination member, motor of the African Greens and friend of the Global Young Greens – Frank Habineza – are still being persecuted from a government that fears electoral competition. Please read the letter below. 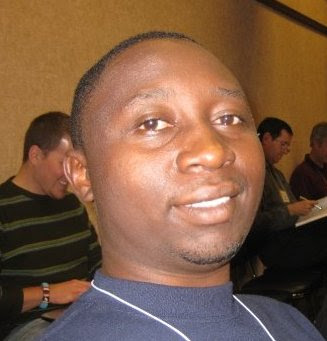 On Fri, Feb 5, 2010 at 1:23 PM, Frank Habineza <habinef@yahoo.com> wrote:
For Immediate Press Release: Security Threat to Frank HABINEZA
On Thursday 4th February 2010, around 15 30 hrs at Hotel Leprentemps in Kimironko, Kigali City, i was intimidated and threatened by an un-known man, whom I suspected to be a security operative.
I had gone to the hotel to met a colleague: Jean Paul MUDAHERANWA aka. Sunday.  When I arrived, I observed the presence of two other men. One of them left in about 10 minutes.
Shortly thereafter, the unknown man who had remained behind, well dressed, presumed to be in his late thirties, brown and tall, suddenly stood up and walked towards me. He said in a rather strong voice “Frank, why don’t you recruit me in your party?, I responded to him that no problem, and asked him his names, but he declined to tell me.
He then continued, “Frank, we know whatever you are doing, we are following you very closely, remember, we paid  school fees for you ( meaning government bursary at University), why are you fighting us?. What do you want from that Woman Ingabire Victoire?, be very careful, we are monitoring you very closely….”.
I was disturbed by his abrupt aggressiveness and reference to what I had done two days ago and what I was to do later, Thursday evening. I was very surprised because the two events he referred to were factual.
I responded to him that, aim not an enemy of the state and that having different ideas from the ruling party RPF does not make am an enemy of Kagame. I also pointed out to him that Victoire was given a Rwandan passport and National ID by the government, that had they believed that she was  a state enemy, they should have not given them to her………….. , so they should stop to intimidate people like that.
This incident follows, Ingabire Victoire’s attack on Wednesday 3rd Feb 2010, where her passiport and ID were stolen and her Aide Joseph Ntawangundi was seriulsy beaten and injured.  Several other forms of intimidation and harassment have also been subjected to members of the Democratic Green Party of Rwanda since 30th October 2009 during our Party congress that was sabotaged violently, and they were detailed in a press leases issued on 24th December 2009.
This morning, 5th Feb 2010, I reported the matter to Remera Police Station and will make a follow up later in the day.
I would like to appeal to the Government of Rwanda, to take these matters very seriously and ensure that security of all Rwandans and especially in the opposition political parties is guaranteed especially during this presidential elections period.
I would also like to emphasize that being in an opposition political party does not qualify someone to be an enemy of the state, and disagreeing with the current regime in power, does not make one to be an enemy of government.
Time has come for Rwandans to play mature politics. Politics that will ensure a sustainable development of Rwanda, a Rwanda that is free from poverty, free from fear and harassment, a Rwanda that fully recognizes freedoms of Press, Expression and Association.
Done at Kigali on 5th February 2010